National Accounts is a comprehensive statistical system that describes Finland’s national economy systematically and according to international recommendations. It describes extensively both the structure of the national economy and the changes in it. The most well-known indicator of national accounts is gross domestic product, GDP.

Watch the video to see how the whole picture of the economy is built.

National Accounts - The whole picture of the economy (video on YouTube).

National Accounts collects, combines and analyses an immense mass of data and explains many facts about the Finnish economy. As a result of the analysis and compilation, National Accounts produces figures on the profits received by enterprises, government assets and liabilities as well as employment in the whole economy or household consumption. 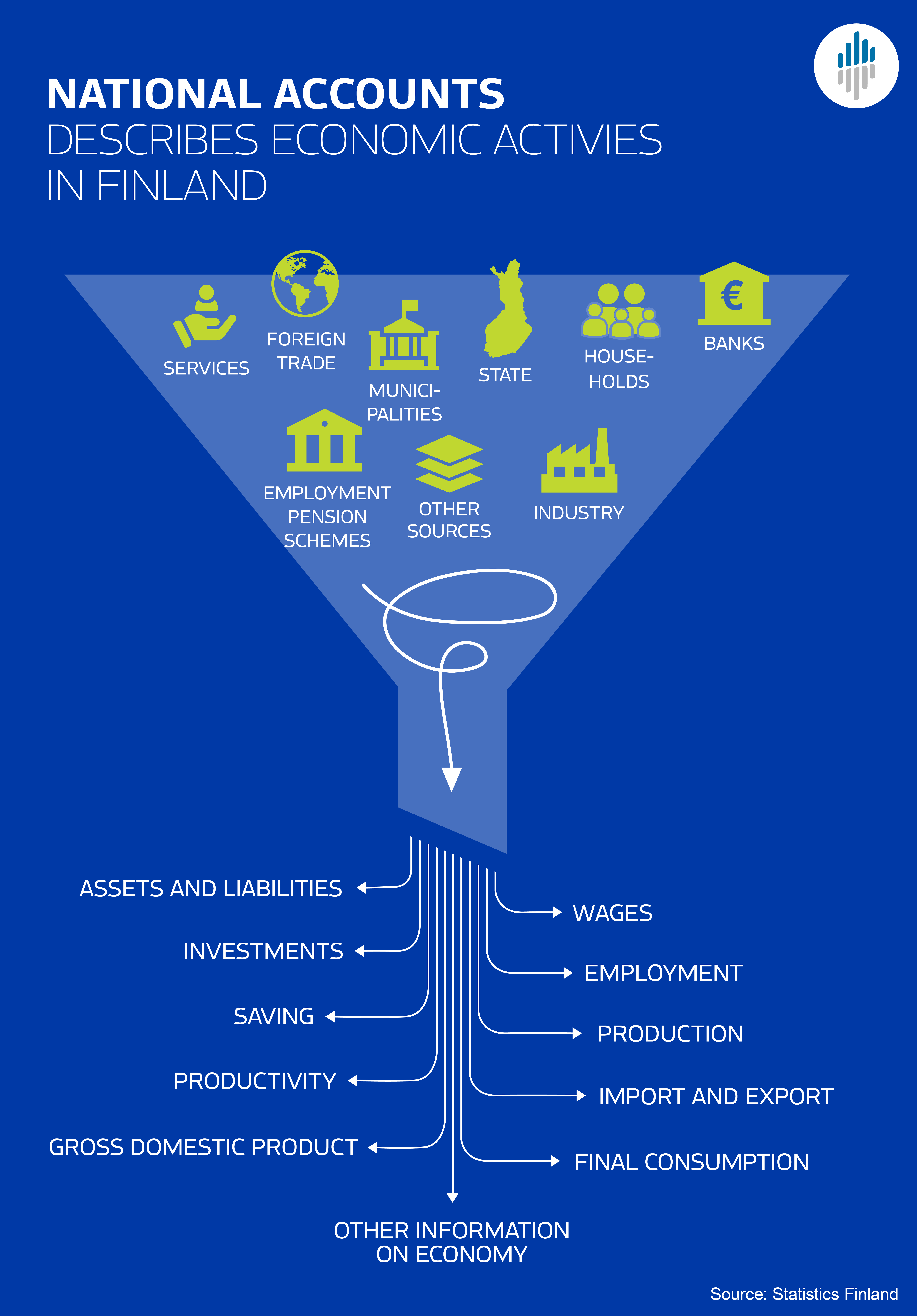