Greenhouse gas emissions decreased in all regions in 2020

According to Statistics Finland, greenhouse gas emissions decreased in all regions in 2020 both compared with the previous year and 2011.

Regional total emissions without the land use sector (LULUCF) calculated in accordance with the national Greenhouse Gas Inventory have decreased in all regions between 2011 and 2020. The emission calculations have been made from the regional perspective in which emissions have been allocated to the municipalities where they were created. The assumptions and methods of the calculations are described in a separate attached document (pdf, in Finnish).

Energy sector emissions without transport decreased in all regions between 2011 and 2020 and the fall has been under 10 per cent only in the regions of Lapland and Åland. In many regions, emissions have been reduced by decommissioning coal-fired power plants and reducing the use of the remaining ones, as well as replacing fossil fuels with renewable energy sources.

Compared to 2011, emissions from industrial processes and product use in 2020 decreased by over 10 per cent except for two regions. Emissions have remained on the same level in South Karelia and risen by 10 per cent in Southwest Finland.

According to the calculation of regional emissions based on livestock numbers and cultivated land area, total emissions from agriculture in 2020 have remained almost the same as in 2011, but the development of emissions has been divided in different directions in the regions: in about half of the regions, emissions have grown and correspondingly in half fallen. The biggest increase, 18 per cent, was seen in Kainuu, while emissions from agriculture decreased by 12 per cent in Ostrobothnia.

In the waste sector, emissions have decreased in all regions, as the average reduction between 2011 and 2020 was 32 per cent. Emissions decreased by as much as 48 per cent in Kanta-Häme and by at least 30 per cent in 11 other regions. The decrease in emissions has been affected by the decrease in landfill disposal as the number of power plants burning municipal waste has increased. 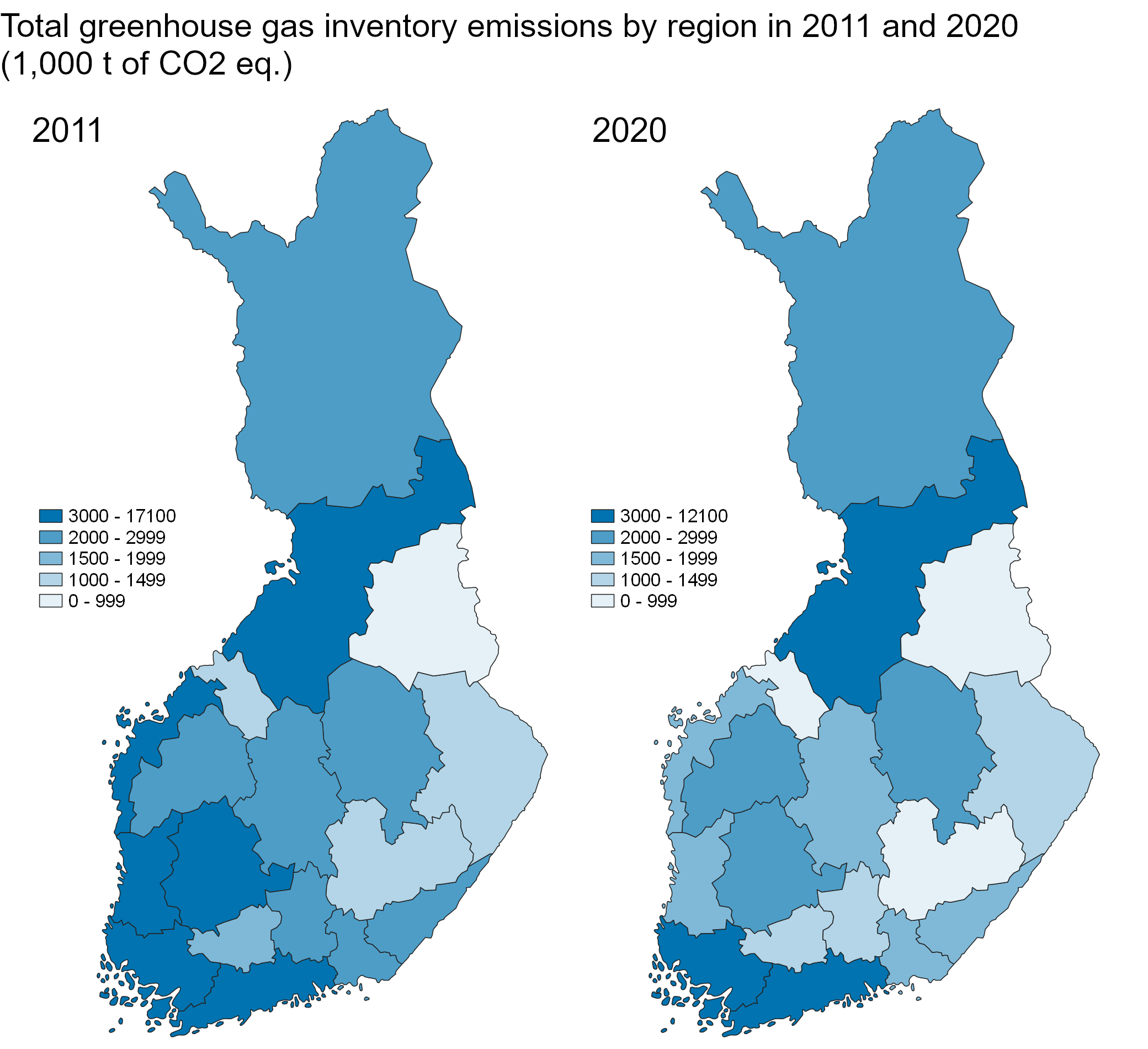 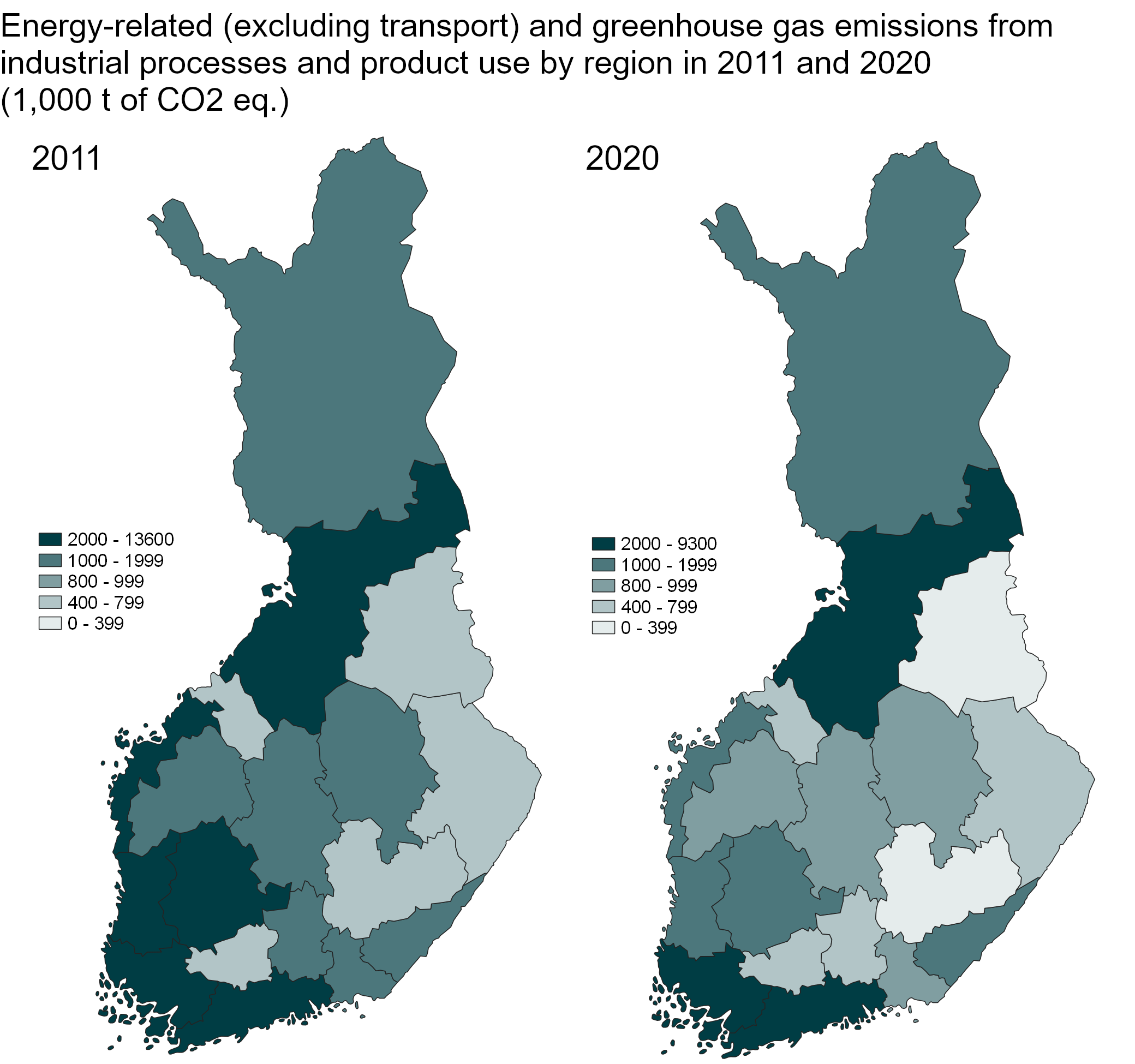 Database tables related to this release