Immigrants in the population

The population with immigrant background can be examined in statistics in several different ways. Statistics Finland publishes annually statistics on the population based on citizenship, country of birth, language, and the newer origin classification. The size of the target group varies based on which of these background variables are included in the examination. Different groups like foreign citizens and persons born abroad are also partly overlapping.

For example, Russian speakers may include citizens of Estonia, Russia and other countries, recipients of Finnish citizenship (former citizenship Russian, for example) and children born in Finland to Russian parents, whose native language at birth is reported as Russian.

Previously, when there have only been a few immigrants in Finland, the focus of the examination has been on foreign citizens. However, it is insufficient to use merely foreign citizenship as an individual variable to describe the population with immigrant background, as many persons with foreign background receive Finnish citizenship after living in the country for years. In addition to citizenship, this website also examines the population based on country of birth, language and origin. You can simultaneously examine these groups and their sizes and overlapping in the figures and tables below. 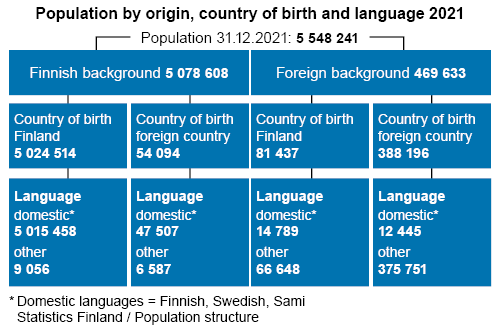 Population by citizenship, country of birth, language and origin 2021 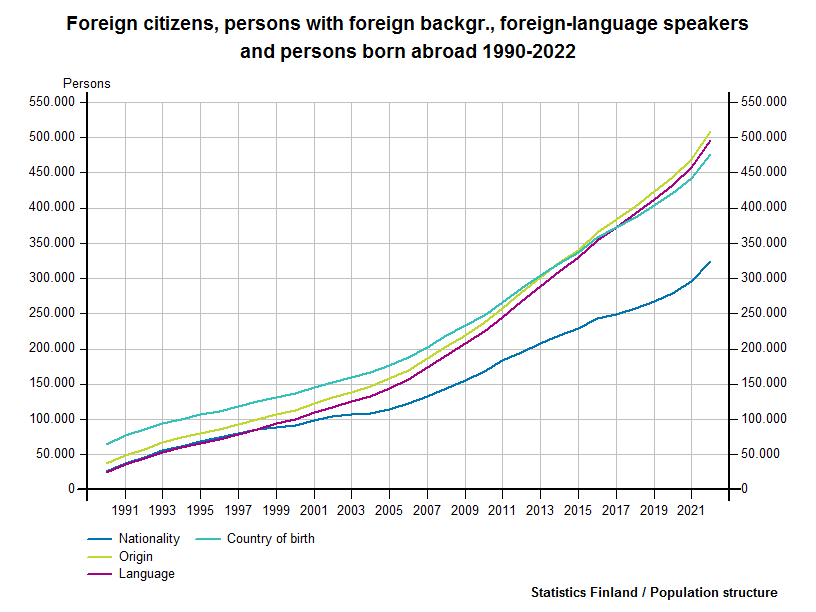 Statistical tables on immigrants and integration

Elsewhere in the service