A comprehensive volume of statistics on Finland and Finnish society has just been published. The long time series of the Statistical Yearbook of Finland give an overall picture of the development of our society right up to today. 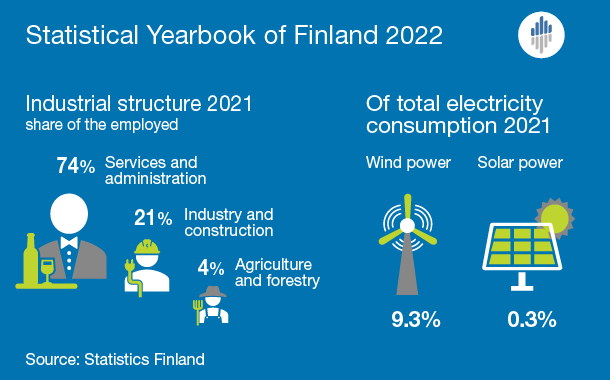 We have selected information from the Yearbook about what Finland looks like in the light of the figures for the statistical year 2021.

We are cultural people enjoying nature

The Statistical Yearbook of Finland can be ordered from PunaMusta Oy’s online store and customer service, tel. +358 10 230 8375. The Yearbook can also be downloaded in PDF format in the Doria service.