Home > Products and services > Finland in Figures > Population and Society

Finland in Figures is an information package about Finland and Finns.

1) Finnish and Swedish are the official languages
2) In 2020–2021 incl. registered partnerships
3) Incl. other Lutheran churches
4) Incl. other Orthodox churches

Age structure of population on 31 December

Population by origin and language, 2021

Population by language on 31 December

1) Decisions of the Finnish Immigration Service
2) Incl. residence permits granted on the basis of humanitarian and subsidiary protection
3) Change in the statistical practice from the beginning of 2015

1) Incl. registered partnerships
2) Incl. same-sex spouses, of which one is the confirmed mother

Families with children and the number of children 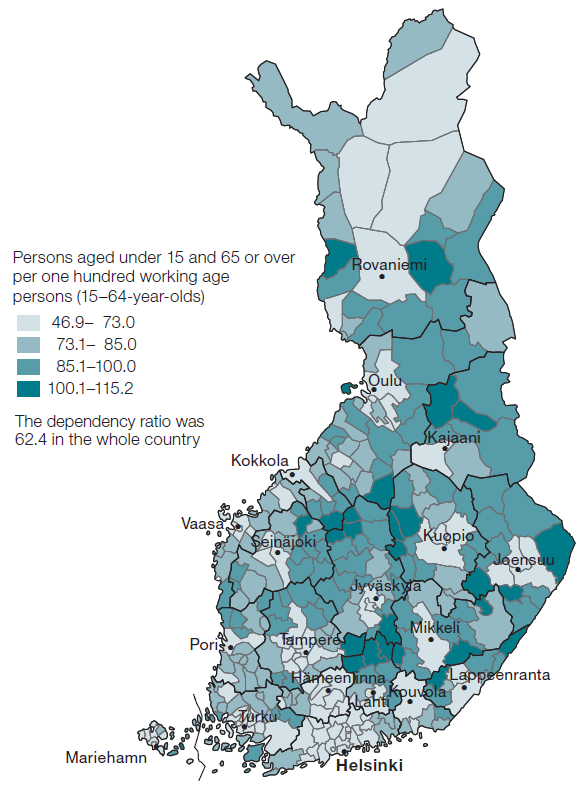 Regional division as on 1 January 2022

Population in the largest municipalities

The total number of municipalities 309. Regional division as on 1 January 2022.

Offences recorded by the police, Finnish Customs and the Finnish Border Guard

Corrected on 28 April 2022. The corrections are indicated in red.

Corrected on 11 April 2022. The corrections are indicated in red.

Finland in Figures only includes the key figures on Finland and Finns. You can find more figures on various sectors of society in the easy-to-use StatFin database.

The database also provides regional data, such as the population of municipalities.